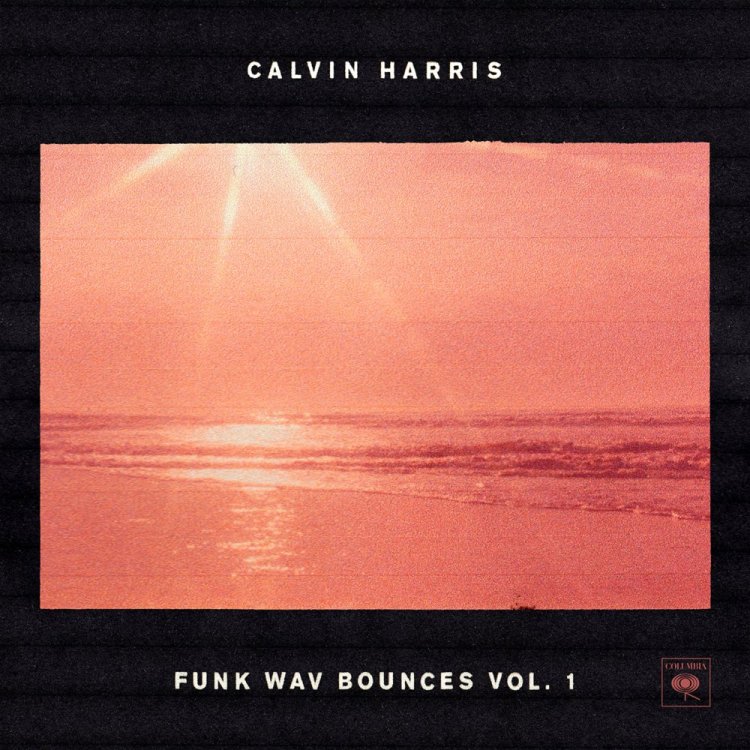 Man… these DJ’s are becoming some of today’s biggest artist! Do y’all realize this? Khaled dropped an album this year. FIRE. Mike Will dropped “Ransom 2” back in February and that was solid. Calvin is just like these other “Top Tier” industry DJ’s, he has some serious clout. Calvin has given us those gym bangers, Fun In The Sun Delights and now he’s seen by many as the indie-disco superstar turn EDM icon. “Funk Wav Bounces Vol.1” has him with some of the world’s biggest singers and rappers to produce the certified sound of summer 2017.

This was something I did not think would work by viewing the tracklist but I obviously was so wrong! ScHoolboy Q killed it from the start. It actually reminded me of “Man of the Year” and “Hell Of A Night” a little and I love those tracks! The vocals from PARTY and D.R.A.M complimented Q real nice and this super incredible dope beat man!

I would have never thought of Young Thug, Pharrell and Arianna Grande to ever come together on a track but they are all pretty talented and extremely versatile acts so I guess I should have seen this coming as one of the best songs on here right?

“Rollin” was real dope track. Future surprisingly sounded fantastic on here even though he’s basically stumbling on his words but is that really new? (that was a joke) We still understand what he’s saying. I got like this late 1970’s groove from track. This song could maybe suit a Starsky & Hutch reboot, if there was one. Oh and Khalid? He’s contributions to this is are what Frank Ocean is to Slide!

This song is amazing. The production was A1. Pharrell is once again killing it on yet another top 5 track on here. He is joined by the likes of Katy Perry who doesn’t have a huge roll on here but blesses us with her vocals and by my guy Big Sean who may have been the perfect feature for this song. Big Sean’s quirky flow and elite wordplay gives this track its HARDNESS. I love this song man and wish it blew up more!

WHEN I FIRST HEARD THIS I SCREAMED. THE VIBES ON HERE! FRANK OCEAN AND MIGOS? MAN GTFO RIGHT?

This song easily is the number one track on here and is one of top songs this summer. Maybe #1? Frank Ocean does the damn hing on this very disco sounding track! He is such a talented artist man. Frank doesn’t have a bad collab to his name so we should have known this would be gold before hitting play and the Migos may be Time Magazine’s first “Men” of the year. They really sounded great on this fantastic production job by Calvin Harris and his team.

‘Funk Wav Bounces Vol. 1’ is a sensational project. From the very start, with “Slide,” featuring two of my favorite acts Frank Ocean and Migos, is that “South Beach Miami Chillin” Banger that sounds good, makes you feel good and it has a pretty dam catchy hook man. Frank and the Migos chemistry on here was undeniable. It was nice to hear all the members of the Migos on here too. (Takeoff made the cut y’all!!!) The rest of this project is almost as amazing as the opener with interesting collabs from Young Thug, Pharrell and Arianna Grande on “HeatStroke,” Schoolboy Q, PARTYNEXTDOOR, and D.R.A.M on “Cash Out.” Katy Perry is on the dreamy disco-funk anthem ‘Feels’  featuring my guy Big Sean and Pharrell. Snoop Dogg is on the G-Funk/West Coast flavored ‘Holiday’, and Future and Khalid are on the party-starter “Rollin.” Oh and Nikki Minaj finally caught a victory with “Skrt On Me.” The projects production is absolutely amazing. I love this 1970’s funk sound. I may have been born the wrong era honestly. Funk Wav Bounces Vol. 1 is just 10 tracks and runs just under 40 minutes but Calvin Harris and company deliver us that fun loving album that represents all the vibes of summer. The songs on here will be on many summer playlist of Spotify for the next decade! Y’all know how much I love saying the term “Groovy.” That is the only feeling you’ll get bumping this project.