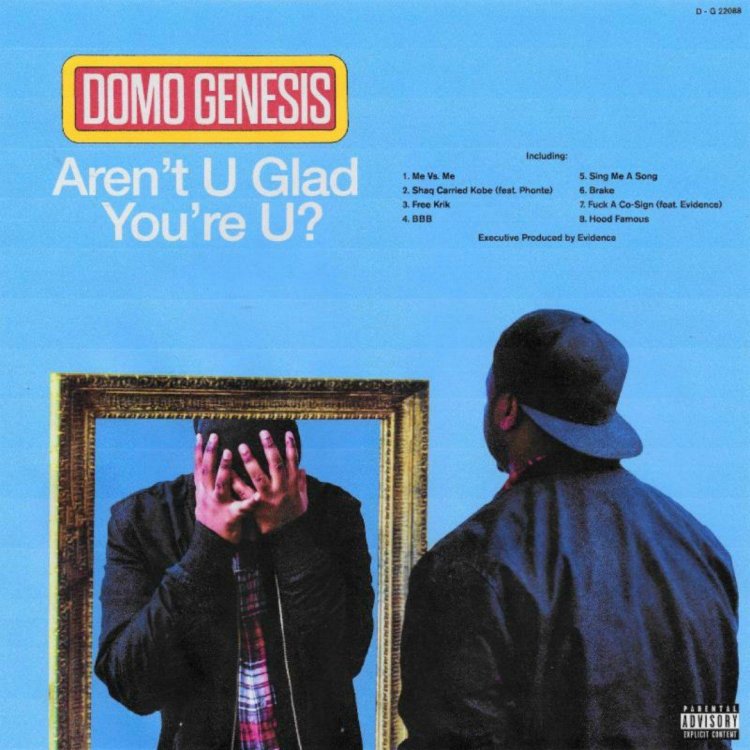 Odd Future’s Domo Genesis returns with his 6th mixtape to follow up last years ‘Red Corolla’. This time around, Domo recruits Evidence of Dilated Peoples to produce it in its entirety. The opening track “Me vs. Me” vents about internal conflict over a jazzy yet gloomy instrumental. It defiantly was an interesting choice for an intro track because the next song “Shaq Carries Kobe” featuring Phonte takes a jab at all the fake people in the industry and the world in general over a mellow Evidence beat. As we approach the core of ‘AREN’T YOU GLAD YOU’RE U’, we get tracks such as “Free Kirk” which talks about going from a hustler to a rapper with the instrumental pretty much including an ongoing thunderstorm through it to possibly add to the rappers presentation of the transition between the two. “BBB” gives us confrontation and “Sing Me a Song” presents insight and ambitious lyrics over a smooth beat. Both “Brake” and “Fuck a Co-Sign” are short in length and I enjoyed these tracks solely for the production. The mixtape closer, “Hood Famous,” touches base on living by your limits accompanied with a beautiful piano on the production. This mixtape is only 20 minutes long but it was pretty enjoyable. It wasn’t “Red Corolla” but that’s okay! The production was solid and it’s always good to hear Domo rap and get his sh*t off!

Favorite Tracks: “Me vs. Me” and “Shaq Carries Kobe”